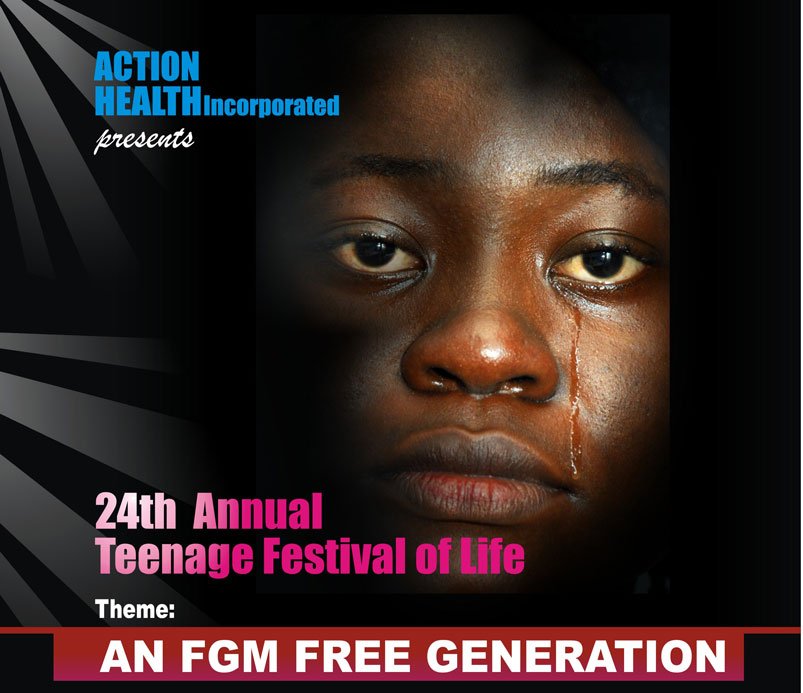 Female genital mutilation (FGM) as defined by the World Health Organization (WHO) as all procedures which involve partial or total removal of the external female genitalia and/or injury to the female genital organs, whether for cultural or any other non-therapeutic reasons. According to estimates by WHO, Female Genital Mutilation (FGM) affects some 140 million women and girls worldwide – and another 3 million girls are circumcised every year.

Nigeria has the highest absolute number of cases of FGM in the world, accounting for about one-quarter of the estimated 115–130 million circumcised women worldwide. In Nigeria, the estimated prevalence of FGM among women aged 15 to 19 years is 24.8% and this figure has not changed significantly in recent years with about 20 million women and girls who have undergone FGM.  Despite the severe short-term and long-term physical and psychological consequences of mutilation, FGM is often practised in the belief that it is beneficial for the girl.

In May 2015, the Federal Government of Nigeria passed the Violence Against Persons Prohibition Act (VAPP), which outlaws FGM and other harmful traditional practices, however, there remains an inconsistency between the passing and enforcement of laws across the country.

Thus, the Teenage Festival of Life (TFL) 2017 will provide an opportunity for young people to be adequately informed about issues of Female Genital Mutilation in Nigeria, with a view to enlisting them as critical stakeholders in efforts to end FGM.