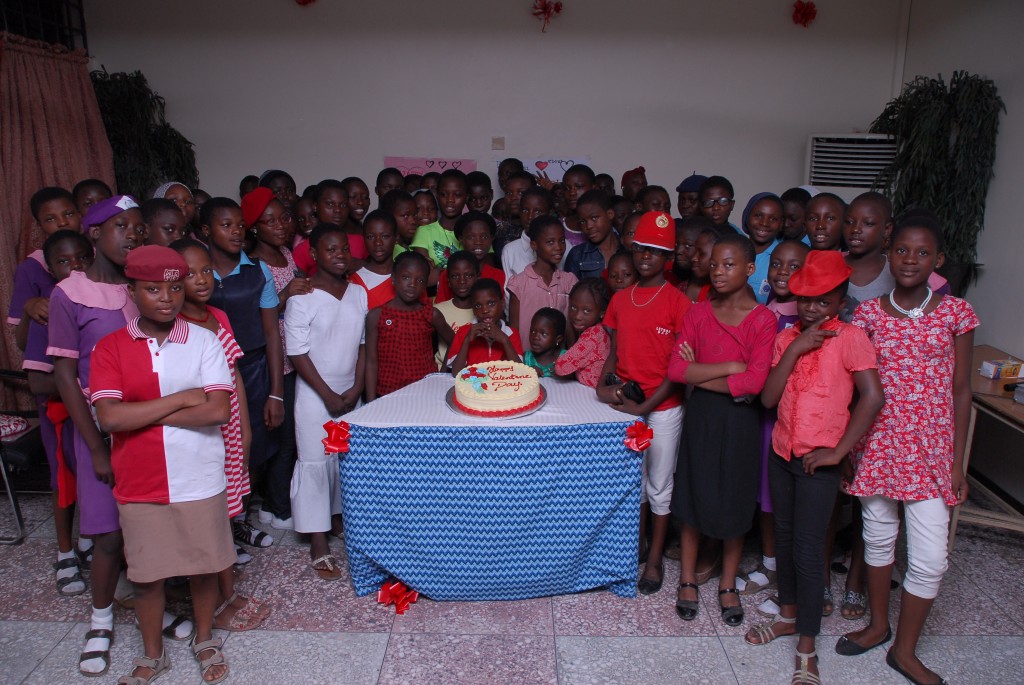 Love is often regarded as a magical feeling as such February 14 is set aside to celebrate love around the world. Thus, Action Health Incorporated hosted 160 young people to celebrate the Valentine’s Day at her office in Lagos. The event availed the youngsters the opportunity to show love among themselves amidst other activities such as dance, games and presentations.

In addition, the Valentine’s celebration was used to raise awareness on Child marriage through the #IDONT campaign. About 37,000 girls under 18 get married everyday as such there is need to protect the rights of the world’s girls, and to help the world maximize the potential of its entire young people to be the drivers of development. This activity is part of the #showyourselfie campaign, which will be shown to world leaders in a bold and memorable way in September 2015. 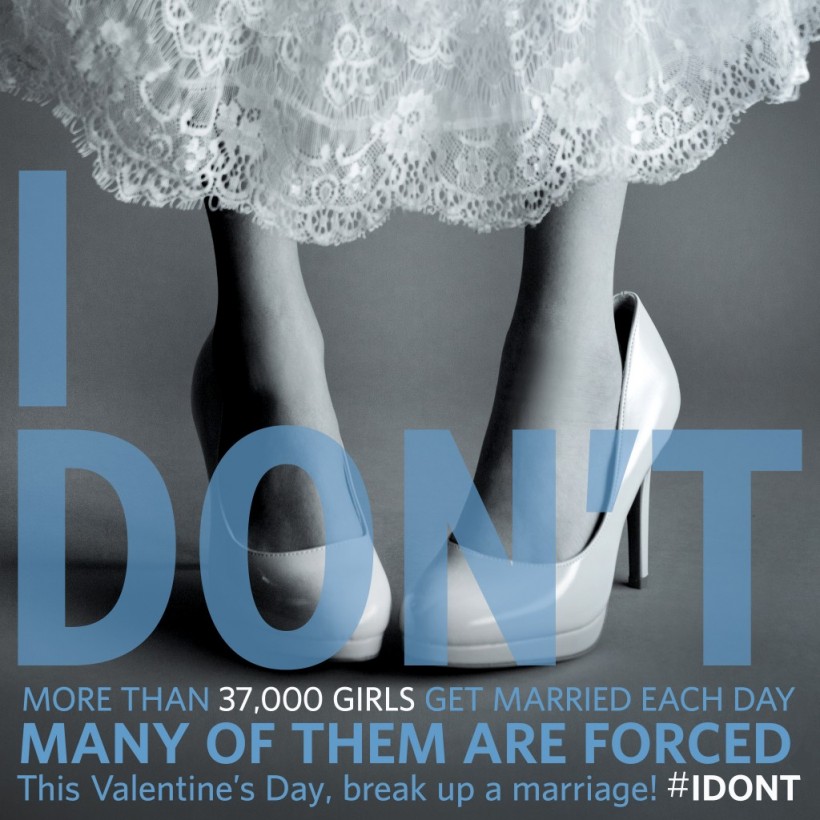 Despite widespread condemnation of child marriage, the practice persists around the world, perpetuated by a toxic mix of poverty and gender inequality. Its effects are devastating, yet the issue is often deeply misunderstood.

Dispelling these misperceptions is one of the crucial first steps towards ending child marriage once and for all. Below, UNFPA addresses ten of the biggest myths about the practice, its causes and its consequences.

Child marriage is actually quite common. About 1 in 3 girls in the developing world are married before age 18.

Myth 2: It only happens in Muslim/African/poor countries.

Actually, child marriage takes place all over the world, across continents, cultures and religions. It even happens in wealthy Western countries – including the United States and United Kingdom. But it is much more common in the developing world because one of the main driving factors is poverty.

The majority of child marriages take place in Asia and the Pacific, the most populous region. There, about 40 million girls are child brides.

Myth 3: It only happens to girls.

It is true that the vast majority of child marriages involve girls. But boys can be married off, just as girls are. Estimates from UNICEF suggest that about 18 per cent of those married before age 18 are boys, while about 82 per cent are girls.

Myth 4: Ending child marriage means interfering in other countries’ affairs. They should decide for themselves.

Countries around the world have decided – that child marriage is a grave violation of human rights.

The problem persists not because governments support child marriage but because of continuing poverty and gender inequality.

Countries around the world agree that child marriage is a violation of human rights.

Myth 5: Only monsters would allow their daughters to be married off as children.

It can be hard to imagine why someone would choose to have their child married off. But for millions of people, child marriage can seem like the best – or only – option.

Impoverished parents, for example, often believe marriage will secure a daughters’ future by making another family responsible for her care. And parents in humanitarian crises, where sexual violence is rampant, may see child marriage as a way to protect their daughters. In fact, child marriage rates have been known to skyrocket during the chaos of war.

Myth 6: So this is really a family matter, right?

The consequences of child marriage don’t stay in the family. They affect whole societies and countries.

This takes a cumulative toll on communities, workforces and economies, and the loss is carried over generations.

Myth 7: These girls must be completely helpless.

Actually, girls can play a huge role in ending child marriage – when they know their rights and have access to the right information and opportunities.

For example, through UNFPA’s Action for Adolescent Girls programme, girls in 12 countries in Asia, Africa and Latin America are learning about their human rights. These include their right to dignity, their right to education and health, their right to live free of abuse and coercion, and their right to choose, as adults, whether and whom to marry.

Girls in the programme also receive key information and services, including comprehensive sexuality education and life skills training. They receive health services and participate in savings groups, which help them become financially literate. With these skills and services, girls often become empowered to stand up for themselves.

Girls equipped with this knowledge and skills have persuaded their families to delay or cancel engagements. Many have been inspired to become advocates and leaders in their communities. When people begin to see healthy, educated, safe and unmarried adolescent girls as the new normal, it can change perceptions and expectations about child marriage.

Myth 8: Only harsh penalties can end this practice.

Most countries have already enacted strong laws against child marriage. While it is true that these laws need better enforcement, laws alone cannot end child marriage.

When parents fear for their daughters’ safety, better security is needed. Gender equality must be advanced. And extreme poverty, which drives so many child marriages, must be eradicated. For this, many changes are needed, including social safety nets for girls and their families, as well as improved access to education, health services and economic opportunities.

The consequences of child marriage affect whole societies, countries and the world.

Myth 9: This issue doesn’t affect me.

When the potential of a third of all girls in the developing world is undermined, everyone is affected. The loss of their collective potential is immeasurably huge, and it touches every economy and workforce in the world.

Try to imagine a world where tens of millions more girls are educated, healthy and empowered, where every community benefits from the full bloom of their creativity and resourcefulness. Because of child marriage, their ideas, abilities and solutions are lost to all of us.

Myth 10: There’s nothing I can do about child marriage.

There are many ways to help end child marriage, from supporting programmes that advocate for human rights, girls’ empowerment and youth leadership, to raising one’s voice about the issue.

Bringing these issues to the attention of the public and global leaders can help make them an international priority. Young people can – and are – sharing their concerns about such issues through the #ShowYourSelfie campaign, which will be presented to world leaders at the 2015 United Nations General Assembly. Show your support for ending child marriage by sharing your selfie with the hashtag #IDONT.